St Mary's Road forms part of the SCN6 corridor on the Southampton Cycle Network (SCN), which runs from the city centre to Portswood and Eastleigh. St Mary's Road forms a connection between Charlotte Place and The Avenue and Bevois Valley Road - both of which have recently been upgraded with new cycle facilities. The road also provides access to Royal South Hants (RSH), Solent University and the Newtown-Nicholstown area. (See the below map for more details).

The proposed scheme would reallocate road space with wide traffic lanes and changes to traffic signals. 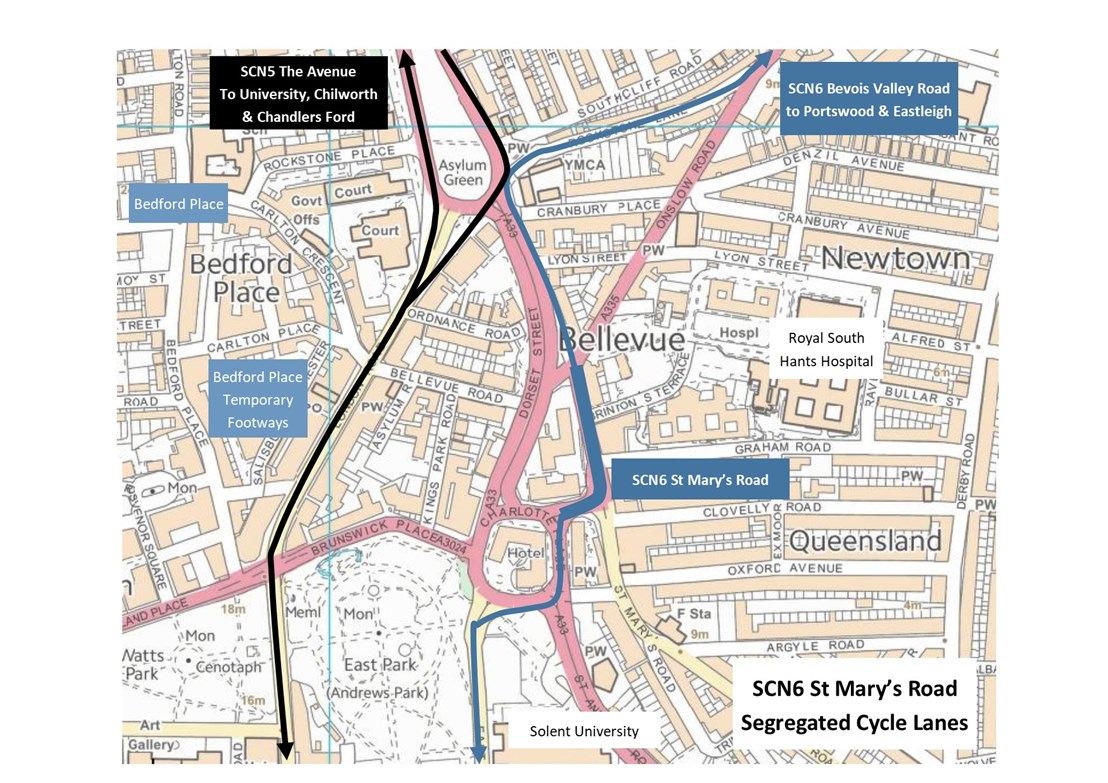