The Avenue has undergone further improvements to enhance walking and cycling provision and support safer, more sustainable journeys in the local area. The works included making the temporary cycle lanes along The Avenue permanent between Winn Road and the subway underpass on The Common, linking into possible ‘quietways’ enabling cyclists to travel on parallel routes. More details about this can be found here.

As part of these changes, we removed the current temporary cycle lanes between the subway underpass on The Common (see map) and Winchester Road. These lanes were installed during significantly lower traffic levels as a result of the national Covid-19 lockdowns. With traffic levels having now increased, the council took the decision to withdraw a section of the scheme while continuing to invest in wider walking and cycling facilities on and around the corridor.

Works were carried out overnight in the following phases:

The banned right turn for northbound traffic on The Avenue into Burgess Road eastbound has also been reinstated.

For more information including updates on The Avenue phase 4 works which this is a part of, click here. For up to the minute travel information in the city, follow us on Twitter @SCChighways. 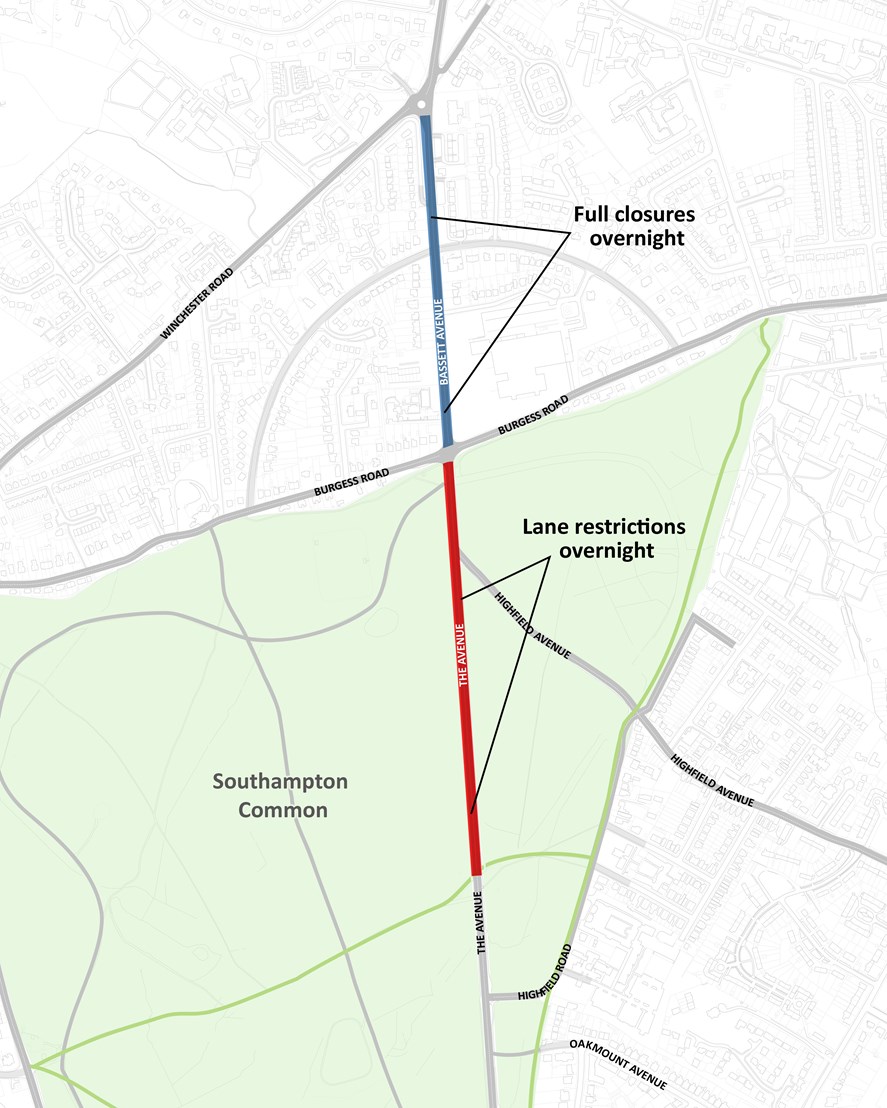