We have gathered feedback from the local community on the practicalities of this work via a survey and a traffic study.

As a result, the council is formally proposing that Millbrook Road West is widened and the service road is narrowed in places, becoming one-way eastbound with a banned right turn onto Regents Park Road. The changes include removal of the entry onto the service road near to Halfords and a slight reduction in parking. Consultation for the Order is being advertised from Friday 27 November 2020.

Anyone wishing to formally comment on or object to the proposal must do so in writing by 18 December 2020, stating the grounds on which it is made, quoting the Order title and sent to the Highways Legal Team at Southampton City Council, Civic Centre, Southampton, SO14 7LY or via email to Traffic.Orders.Legal@southampton.gov.uk.  Copies of the Orders, maps and statement of reasons for proposing can be emailed or posted on request.

The council are considering plans to widen Millbrook Road West to include a fourth lane (eastbound) between King George’s Avenue and the Regents Park Road junction, which means that the service road would have to be narrowed. This would improve the capacity of Millbrook Road West at the junction and would allow for the future possibility of a bus lane to support Southampton’s first park and ride scheme.

We are delivering a range of permanent schemes in and around Southampton over the next three years as part of our Transforming Cities programme; a breadth of bold and ambitious projects to prioritise sustainable travel in both residential areas and on key corridors into the city. Further information about these plans is available here.

Included in this, is a plan to establish Park & Ride sites that serve places of work and leisure or retail. These sites would be on the edge of the city and part of Local Mobility Hubs closer in, where people can park before continuing their journey by bus, cycle, walking, e-bike or car-share.

If you have any questions you can email roadworks@southampton.gov.uk.

You can view the public notice online and open the plan below in full screen. 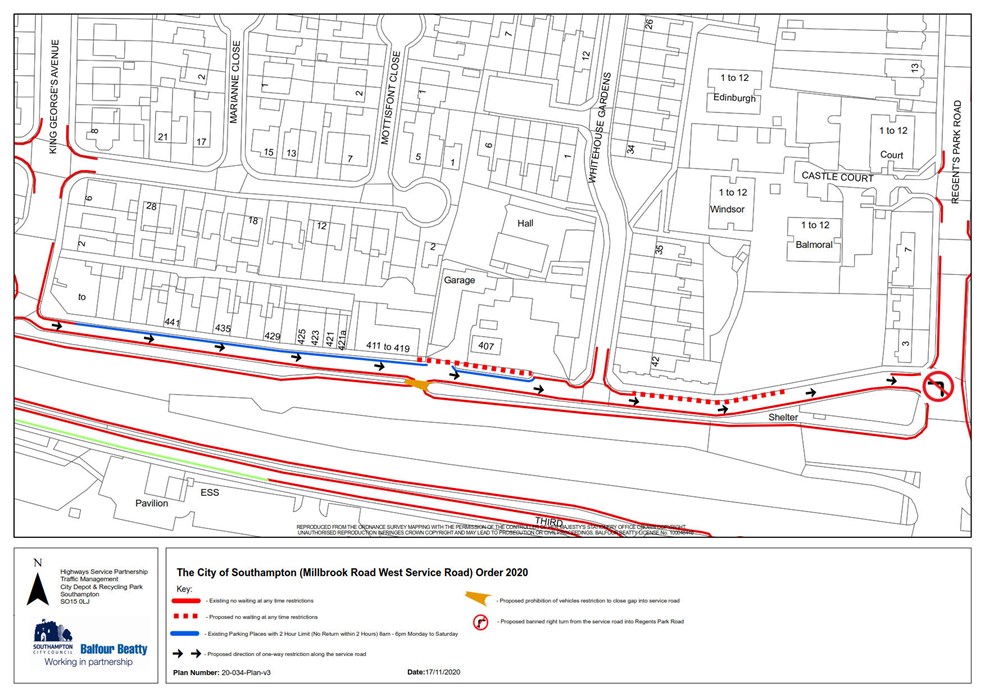