The Bitterne Road West temporary bus, cycle and taxi lanes scheme forms part of Southampton’s Green Transport Recovery Plan to promote sustainable travel as a way of people getting around as restrictions are eased from the lockdown.

The scheme includes a temporary 3-metre wide mandatory bus lane in each direction from Lances Hill to Northam River Bridge achieved through the reallocation of road space.

The experimental scheme for bus, taxi and cycle lanes along Bitterne Road West, between Lances Hill and Northam River Bridge, was implemented to encourage active travel and support people who need to travel by bus to do so, including key workers. Whilst this scheme consists of temporary bus lanes, the facility also supports social distancing along the busy corridor by offering people cycling an alternative facility to the narrow foot/cycleway.

When is it happening?

The temporary bus lanes, which taxis and cyclists are also authorised to use, was implemented on 24 June 2020. The inbound section of the scheme over Northam Bridge will be implemented following works undertaken in connection with the cycle and bus access improvements along Northam Road.

This is a temporary scheme, which will be continually monitored over the coming months and reviewed in response to our findings.

Automatic Traffic Counters installed at Northam Bridge and Maybray King Way will allow us to monitor daily traffic flows and average vehicle speeds. This will be supported by regular on-site observations, undertaken by Officers and volunteers, and a weekly review of journey time data collected through our network of Bluetooth sensors and Real Time Information for bus services.

Analysis of these datasets will be monitored against pre-lockdown and lockdown pre-scheme baselines and key thresholds, including lane capacity, which when met will trigger alterations to the scheme or its partial or full removal.

Weekly reviews and recommendations will be reported to the Executive Director of Place and the Cabinet Member for Green City & Place.

The Bitterne Road West scheme is a trial scheme supported by the implementation of restrictions under an Experimental Traffic Regulation Order (ETRO).

ETROs allow schemes to be introduced on a temporary basis in order to assess their impact and effectiveness before a decision is taken on whether or not they are made permanent. As such any person may comment on or object to the ETRO being made permanent within six months of it coming into force, or within six months of any subsequent variation or modification to this Order coming into force, whichever may be later.

All responses must be in writing, stating the grounds on which it is made, quoting the Order title and sent to the Highways Legal Team at Southampton City Council, Civic Centre, Southampton, SO14 7LY or via email to Traffic.Orders.Legal@southampton.gov.uk.

This approach has enabled the Council to move quickly to support active travel and implement schemes that facilitate safe active travel quickly. 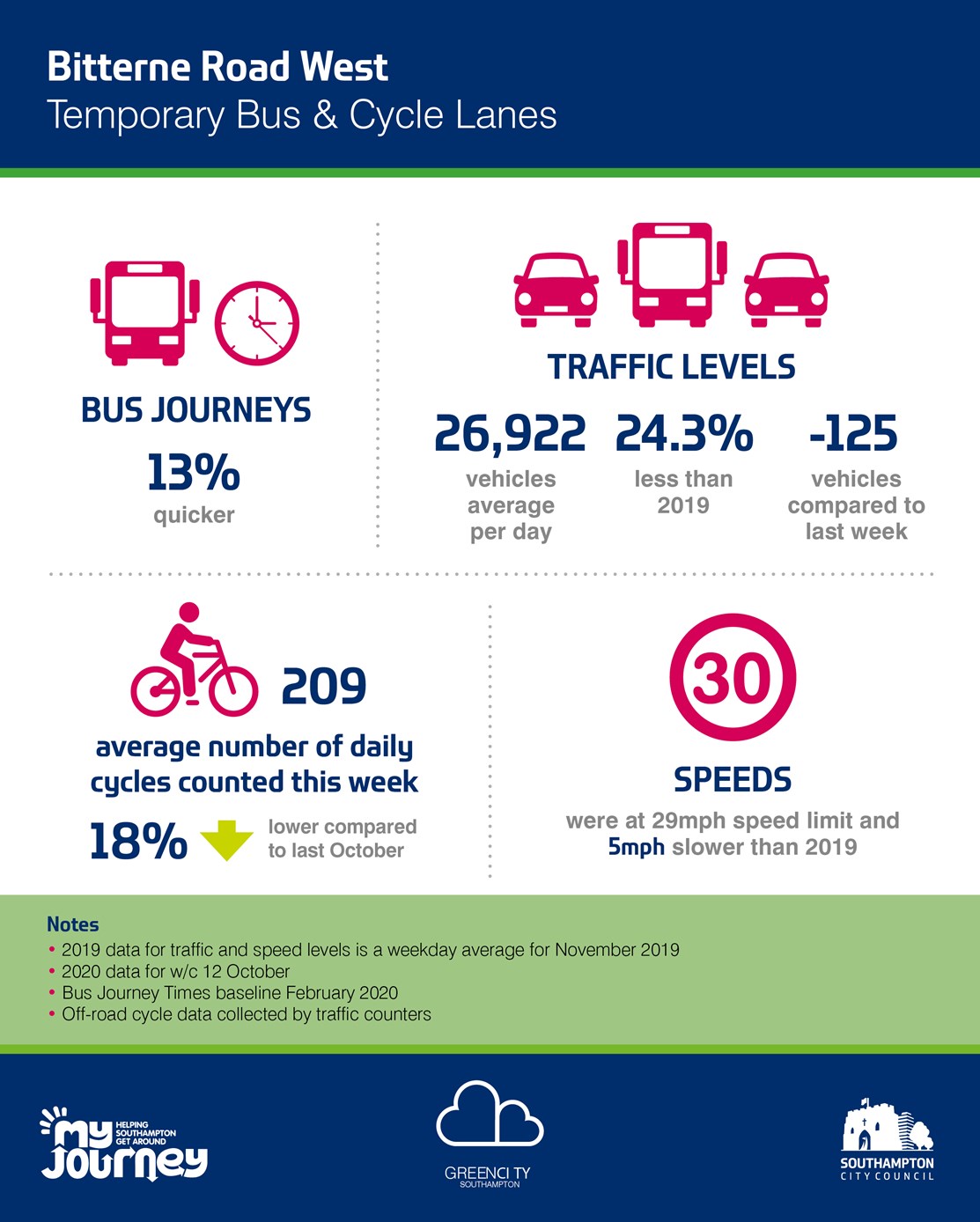