The council has taken on board public feedback about the initially proposed junction improvements and the new design delivers more improvements for buses, taxis, cyclists as well as benefits for all motorists using this junction. Details from the public consultation in March can be found on our separate survey summary page. Details of the new design and how you can comment can be found below.

The council identified Lords Hill Way / Coxford Road junction for a Transport Scheme to improve bus access for the new hospital park and ride service. The council proposal was unveiled in March and local residents were asked to feedback on the design as well as anything else that concerned them about this location. The council proposed scheme allowed buses to jump queuing traffic when turning right into Coxford Road towards the hospital. However the design reduced the number of lanes for other traffic and introduced additional staggered traffic signals. Local people rejected the scheme with 58% disagreeing with the plans and only 24% agreeing. The biggest takeaway was that the junction worked effectively and any peak time congestion was due to issues further up the network. Bus and pedestrian improvements were welcome but not at the risk of additional delays for everyone else, the prime concerns were pollution, volumes of traffic, traffic noise and safety for pedestrians and cyclist.

The council has taken on board this feedback and completely changed the design to instead include a new rapid bus lane or jet lane that bypasses the junction completely, for buses, taxis and cyclists turning left from Coxford Road heading towards Lordshill. The new design leaves the signal junction unchanged and improves bus journey times even further. Also by taking left turning buses, taxis and cyclists away from the traffic signals it improves journey times for all vehicles using the junction. The new bus jet lane means that the park and ride service can be run with just three buses due to the shorter journey times, making it substantially more sustainable. It also benefit other buses following this route from the hospital to Lordshill, where the council are also enhancing bus stops and subway access.

As the new junction design addresses the concerns raised in the public survey including delivering some pedestrian access improvements and relocating and increasing tree planting on Coxford Road, the council is proposing to take forward this new design (see plan below).
The survey closed for comments on Friday 20 August 2021. 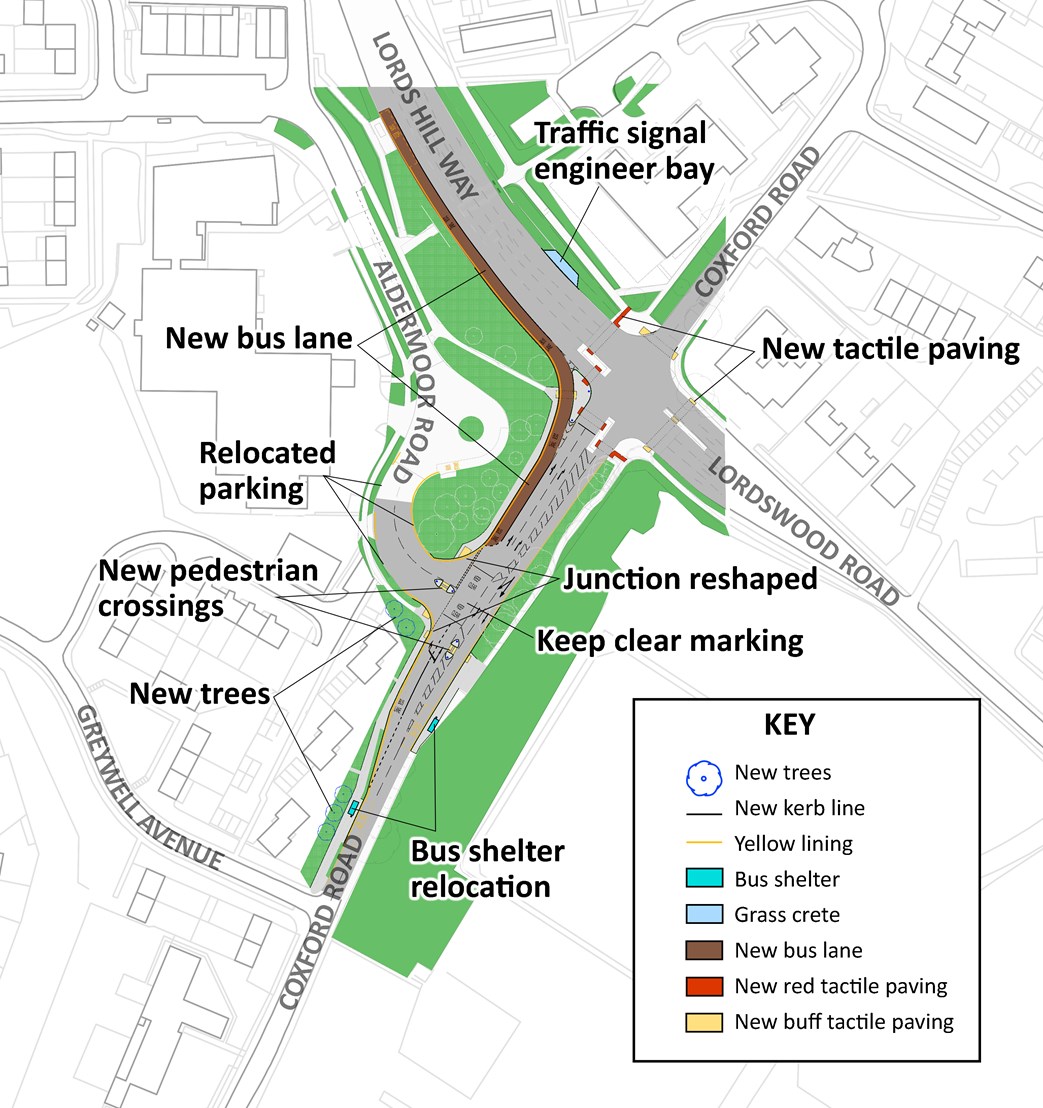 This scheme is part of a wider project to provide Southampton's first park and ride service, more details can be found here. 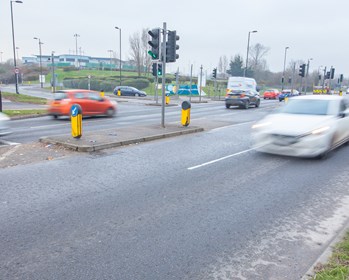