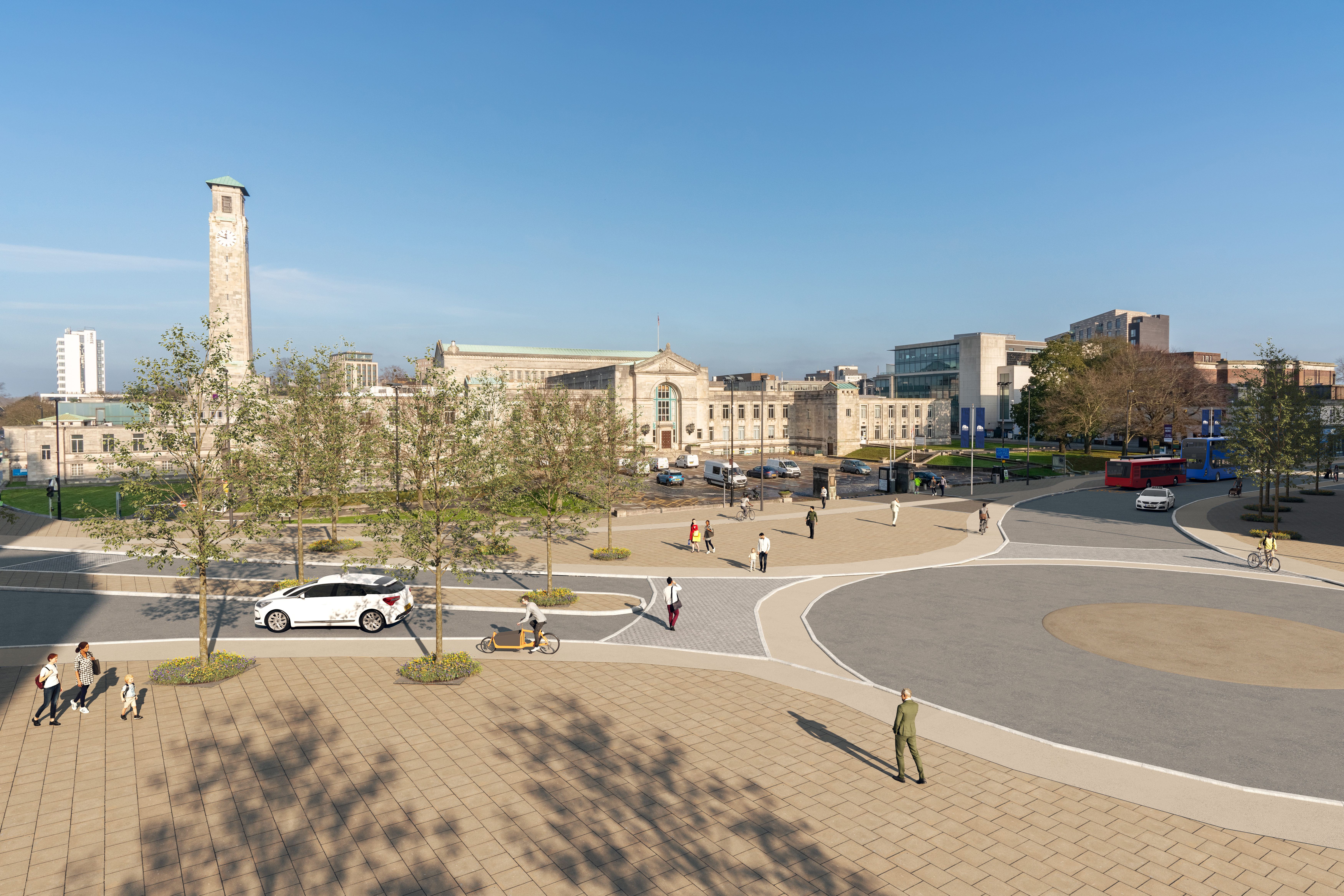 Please note, above CGI is a representation of how the scheme may look and is subject to change.

The aim of our Civic Centre Place scheme is to improve the identity of the area and re-capture the people-focussed essence that has been lost over time. We propose to do this by significantly enhancing the public space and improving access and connections for people travelling on foot, by bike and by bus.

The proposed changes will establish Civic Centre Place as the gateway to the city centre, marking a clear transition between this public space and the adjoining Northern Ring Road. Elements of the proposed scheme include the removal of traffic lights, new cycle lanes and narrower roads to allow for wider footways.